During his recent visit to Baku/Azerbaijan on 10-13 November 2018, the President of the Global Labor Organization (GLO), Klaus F. Zimmermann, has met Chairman Natig Shirinzade of the Institute of Global Economic Problems (IGEP) and collaborated intensively with him. MORE DETAILS. Shirinzade, who is also a GLO Fellow and the GLO Country Lead Azerbaijan, had organized the meetings of Zimmermann with key representatives from government, academia and business to discuss the global challenges and approaches of the country. MORE DETAILS.

In the light of the great success of the visit and the large potentials, Chairman Shirinzade and President Zimmermann agreed to intensify the relationships between both organizations even further. For this purpose, both signed a Memorandum of Understanding (MoU). The MoU expresses that the planned collaborations should advance academic knowledge in both organizations through the encouragement of academic research, the communication among scholars through meetings, the promotion of publication opportunities and by providing networking opportunities for scholars through conferences and other joint activities.

For this purpose, Zimmermann has also accepted to join the IGEP Advisory Board headed by the Honorary Academician Ziyad Samedzade, the Chairman of the Economic Policy, Industry and Entrepreneurship Committee of the National Assembly (Milli Mejlis). In a festive ceremony, Natig Shirinzade presented Zimmermann the certificate for this appointment, which is signed by him and Ziyad Samedzade.

Over dinner on the previous night, Samedzade, Shirinzade and Zimmermann had discussed further details of the global challenges and found that they largely agree how one needs to approach them.

Shirinzade and Zimmermann after the presentation of the Certificate of the membership in the IGEP Advisory Board. 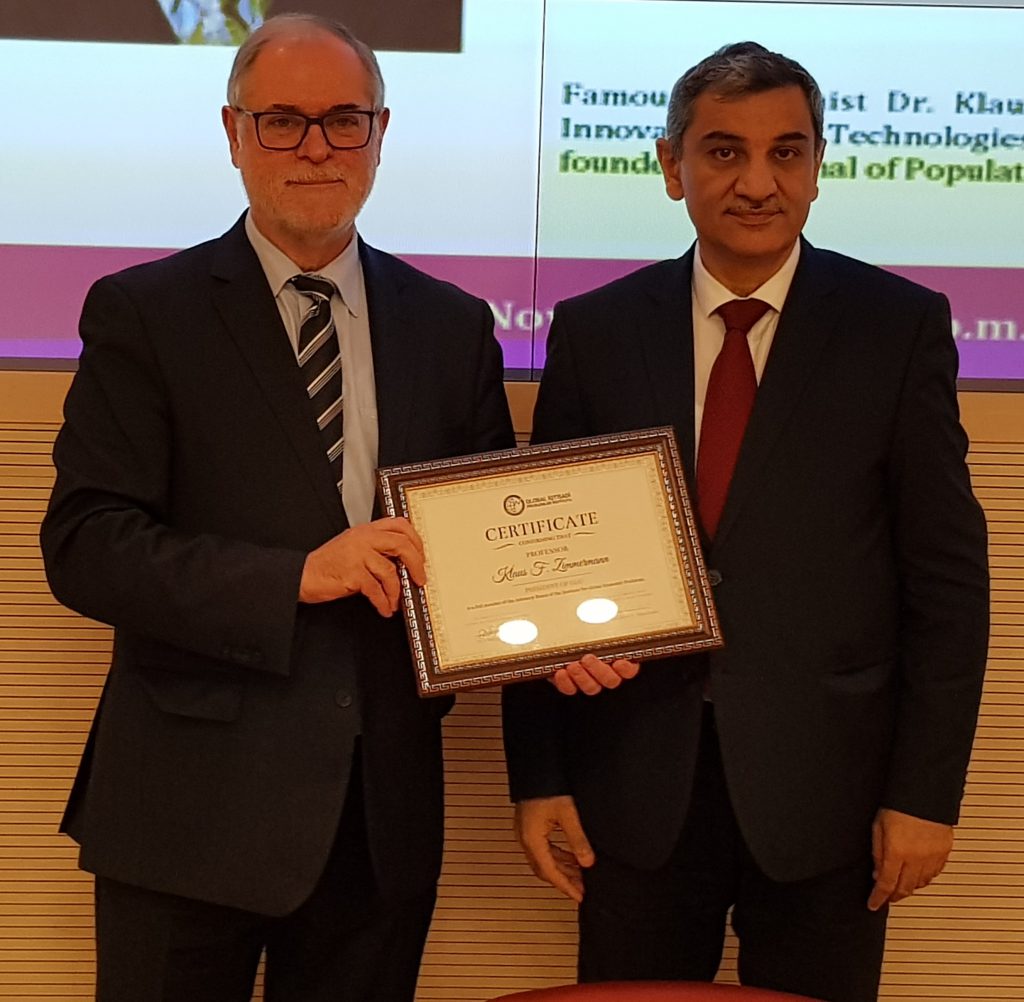 Relaxation after the hour. 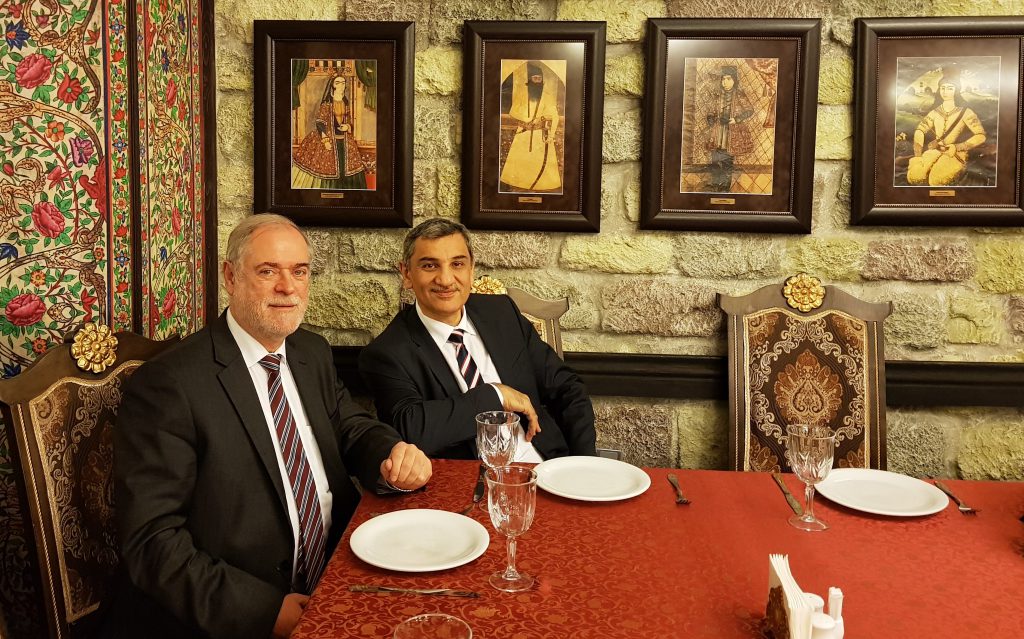 The Honorary Academician Ziyad Samedzade, the Chairman of the Economic Policy, Industry and Entrepreneurship Committee of the National Assembly (Milli Mejlis) and Chairman of the IGEP Advisory Board with Zimmermann. 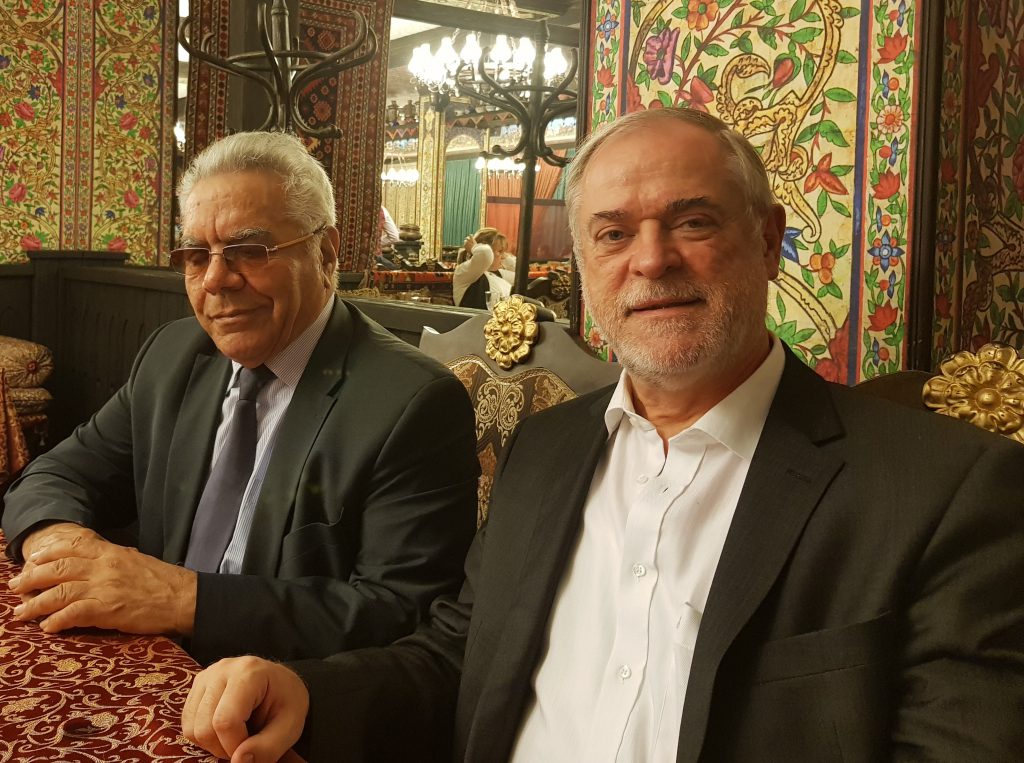 Klaus F. Zimmermann: “The exchange with Ziyad Samedzade was a big honor and great pleasure, we have debated and agreed on important issues of the globalized world, the perspectives of our countries, and what we have to do. A truly great man; I am deeply impressed. He found time on the eve of an important budget debate in the parliament to receive me in his office in the National Assembly and to join us for dinner. About his significant intervention in the parliamentary debate in the following morning I read in the media:”

“The activities of the country’s banks once again caused a barrage of criticism. This time, criticism was voiced by the parliamentarians during the discussion of the draft state budget for 2019 at the plenary session of the Milli Majlis (National Assembly). The statement of Chairman of the Parliamentary Committee on Economic Policy, Industry and Entrepreneurship Ziyad Samadzadeh was especially noteworthy. He stated bluntly: ‘We cannot be satisfied with the activities of banks in Azerbaijan, because their assistance to the real sector is insignificant.’” (MPs attacked banks. Elnur Mammadov in the AZERI DAILY)