Oded Galor (Herbert H. Goldberger Professor of Economics at Brown University) is the founder of Unified Growth Theory. He has contributed to the understanding of process of development over the entire course of human history and the role of deep-rooted factors in the transition from stagnation to growth and in the emergence of the vast inequality across the globe. He has pioneered the exploration of the impact of human evolution, population diversity, and inequality on the process of development and his interdisciplinary research has redirected research in the field of economic growth to the exploration of the long shadow of history and to the role of biogeographical and demographic forces in comparative economic development. 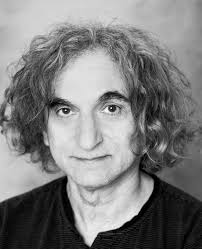 The Journal of Population of Economics is the top journal in the field of population economics. It is an international research journal that publishes original theoretical and applied contributions on the economics of population, household, and human resources. It is owned by Springer Nature and operates from POP at UNU-MERIT, Maastricht, The Netherlands. It is published in collaboration with the Global Labor Organization (GLO) and the European Society for Population Economics (ESPE).

The Journal of Population Economics is one of the top ranked Springer Nature journals in economics. In 2017 it has published 40 research papers out of 524 submissions, which implies a 92.4% final rejection rate. Submissions have significantly increased, eg. doubled in the last decade from below 300 to nearly 600 this year. The impact factor has increased from 0.5 in 2007 to an expected 1.3 in 2017. For more details of the actual performance of the journal  see this post and the just published Report of the Editor-in-Chief 2018.

Number of Submissions to the Journal of Population Economics: 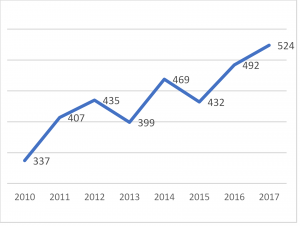 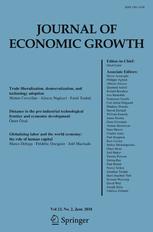 As Editor-in-Chief Klaus F. Zimmermann, who is also the GLO President, stated:

“Oded is a legendary figure, both as top researcher and an admired journal editor. He has already served for decades as Associate Editor of the Journal of Population Economics and understands the relevance and context of our work. Sandro Cigno, Junsen Zhang, Michaella Vanore and I are very excited to work with him. We all share the same ambitions and the expectations to make the Journal of Population Economics an even more influential academic outlet of the field.”

Oded Galor: The transition from an epoch of stagnation to an era of sustained economic growth has marked the onset of one of the most remarkable transformations in the course of human history. While living standards in the world economy stagnated during the millennia preceding the Industrial Revolution, income per capita has undergone an unprecedented tenfold increase over the past two centuries, profoundly altering the level and distribution of education, health, and wealth across the globe. The rise in the standard of living has not been universally shared among individuals and societies. Variation in the timing of the take-off from stagnation to growth has led to a vast worldwide divergence in income per capita. Inequality, which had been modest until the nineteenth century, has widened considerably, and the ratio of income per capita between the richest and the poorest regions of the world has been magnified.

Throughout most of human existence, the process of development was marked by Malthusian stagnation. Resources generated by technological progress and land expansion were channeled primarily toward an increase in the size of the population, providing only a glacial contribution to the level of income per capita in the long run. Cross-country technological differences were reflected in variations population densities, and their effect on variation in living standards was merely transitory. In contrast, over the past two centuries, various regions of the world have departed from the Malthusian trap and have witnessed a considerable increase in growth rates of income per capita. The decline in population growth over the course of the demographic transition has liberated productivity gains from the counterbalancing effect of population growth and enabled technological progress and human capital formation to pave the way for the emergence of an era of sustained economic growth.

Thus, the pivotal role of population dynamics in the transition from Malthusian stagnation to sustained economic growth and the emergence of vast inequality across nations, makes the study of population economics central for the understanding of the growth process.

Oded Galor: I would like to encourage the submission of research papers that are centered around: 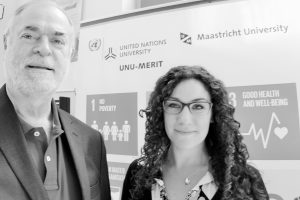