David Blanchflower is the Bruce V Rauner Professor of Economics at Dartmouth College, New Hampshire, part-time professor at the University of Stirling, and a Research Associate at the National Bureau of Economic Research. He was an external member of the monetary policy committee at the Bank of England from June 2006 to May 2009.

With currently 61.4 K followers on Twitter, Blanchflower is one of the most visible economists of our time in the social media.

For some of his recent public comments see:

“Brexit has bumped us from the fast lane to the slow lane – experts debate the data”, The Guardian, 28th November 2017

“The Government’s lack of Brexit plan showed in the Budget”, The Mirror, 22 November 2017

“A place in the sun, in Hurricane Alley: was this my worst investment ever?”, The Guardian 22nd September 2017 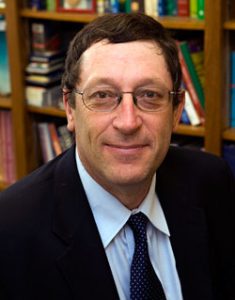