Oded Galor, an eminent and very influential economist, has originated three influential research fields that are central to macro history and the study of the evolution of human resources. He is the founder of Unified Growth Theory, has pioneered the study of the interaction between the evolution of human and cultural traits and the process of economic development, and he has recently pioneered the examination of the implications of the exodus of anatomically modern humans from Africa, on the observed variations in social cohesion and productivity across the globe. MORE DETAILS.

He is a GLO Fellow, Editor of the Journal of Population Economics and the Journal of Economic Growth. To honor his contributions to economics, he just received his Doctor Honoris Causa from the University of Poznan and he delivered the prestigious Copernican Lecture in the Nicolaus Copernicus University in the magnificent medieval town of Torun (UNESCO World Heritage). The lecture that was attended by nearly 500 scientists (astronomers, physicists, mathematicians, biologists, and economists), took place at the magnificent, Artus Court, in the center of ancient Torun. 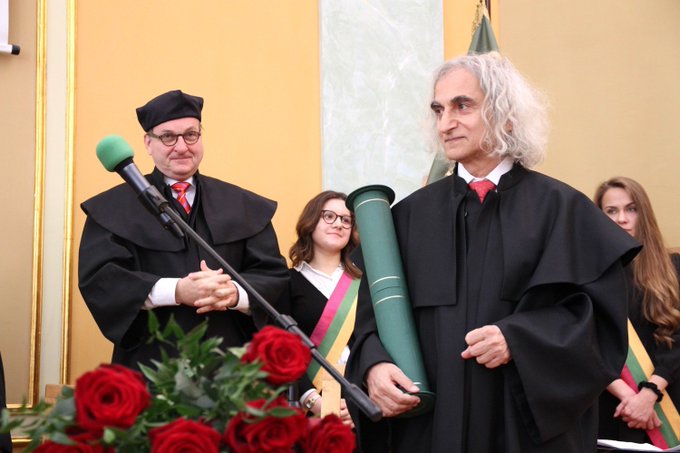 The Copernican Lecture on “The Journey of Humanity – Roots of Inequality in the Wealth of Nations”, Nicolaus Copernicus University, Artus Court in Torun.