REMINDER: Call for papers for a special issue of the International Journal of Manpower  on: “Sexual Orientation and the Labor Market”

Submissions will be accepted until August 31, 2018.

An initiative of the Global Labor Organization (GLO), this project is related to the GLO Thematic Cluster on “Gender, Gender Identity, Sexual Orientation and Labor Market Outcomes” headed by Nick Drydakis.

Despite the enactment, in English speaking countries and the EU, of labor legislation against discrimination in the labor market based on sexual orientation, LGBTI (lesbian, gay, bisexual, trans and intersex) people continue to experience occupational access constraints, lower job satisfaction, wage discrimination (especially gay men), and more bullying and harassment than their heterosexual counterparts (Drydakis, 2014; Valfort, 2017).

Studies for the period 1989–2014 suggest that gay men receive lower wages than heterosexual men of comparable education, skills, and experience. For instance, studies find that gay men earn from 4–5% less than heterosexual men in the Netherlands, France, Greece, and the UK and up to 12–16% less in Canada, Sweden, and the US (Drydakis, 2014). Whether wage discrimination against gay men exists in other regions is of great interest and ascertaining this is of importance for policy interventions. In addition, whether wage discrimination lessens over time in response to policy interventions and legislation is hard to determine in the absence of relevant studies. It is not yet clear whether prejudice-based and/or statistical discrimination is the more appropriate framework for the study of labor discrimination against LGBTI people.

The available studies on sexual orientation and job satisfaction highlight that in Australia, Canada, and Greece, both gay men and lesbians experience lower job satisfaction than do their otherwise similar heterosexual counterparts (Drydakis, 2014). Because gay and lesbian employees face severe workplace harassment and bullying, these conditions may affect their workplace experience evaluations (Drydakis, 2014). Whether factors other than workplace harassment cause gay and lesbian employees’ dissatisfaction requires examination. Also, for instituting appropriate policy actions, it is important to determine whether these job satisfaction differences suffered by sexual orientation minorities exist in other countries.

In general, the dearth of studies makes it difficult to examine how education, occupation, industrial relations, region, core socio-economic characteristics, personality and mental health traits moderate the relationship between sexual orientation and labor market outcomes (Drydakis, 2014). Indeed, although studies suggest that lesbians face prejudice in the labor market, some studies estimate that lesbians earn more than comparable heterosexual women. Lesbians have been found to earn 3% more in the Netherlands, 8% more in the UK, 11% more in Germany, 15% more in Canada, and 20% more in the US. Whether personality characteristics, coping strategies, occupational choices, family structures and/or region positively affect lesbians’ wages is still an open question.

Given the aforementioned lack of sufficient literature, the editors welcome empirical papers on labor economics which have a clear and highlighted added value, and solid policy implications, on the following general areas:

Submissions will be accepted until the 31th of August 2018. They should be made using ScholarOne Manuscripts, the online submission and peer review system: http://mc.manuscriptcentral.com/ijm. Before submission, please verify that you have carefully read the Author guidelines of the Journal. While making your submission, please specify the title of the current call for papers. See also the forthcoming call on the journal website. 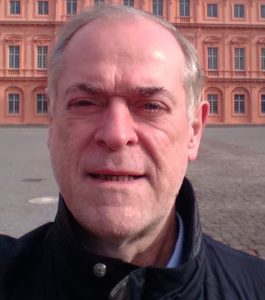